So today, we are going to learn something that is very german. Every winter I hear all the local Germans either thanking a woman called Frau Holle or begging her to stop. So I had to ask myself, just who is Frau Holle and what is her story? Is she saint or sinner?

Frau Holle has many names and in English we might know her at Mother Frost. The little story comes from a volume of books by the Grimm brothers, Jacob and Wilhelm, called “Kinder- und Hausmärchen” in English it is called “Children’s and Household Tales“.

In short, the tale in which we discover Frau Holle seems to be a version of the Cinderella story, where a little girl, or stepdaughter, is forced by an evil widow to do all the hard housework, while the older biological daughter is allowed to become very spoiled. Everyday the stepdaughter would sit outside the cottage and do the spinning by a well.

“One day she pricked her finger on the point of the spindle. Leaning over the well to wash the blood away, the spindle fell from her hand and sank out of sight. The stepdaughter feared that she would be punished for losing the spindle, and in a panic she leapt into the well after it. The girl found herself in a meadow where she came upon an oven full of bread. The bread asked to be taken out before it burned. With a baker’s peel she took all the loaves out and then walked on. Then she came to an apple tree that asked that its apples be harvested. So she did so and gathered them into a pile, before continuing on her way. Finally she came to a small house of an old woman, who offered to allow the girl to stay if she would help with the housework”. (https://www.pitt.edu/~dash/grimm024.html)

I love this analogy of snow being like feather bedding being shaken out. I now have a better understanding why the locals talk about Frau Holle when we either have too little or too much snow. With our weather warnings and extreme snowfall conditions, this year so far Frau Holle has been incredibly generous and we are all asking her to spread her generosity out a bit throughout our winter and not all at once.

Before I go, I learned something else that might help you if you are visiting Schliersee in the winter months. Another way to say it is snowing in Germany is to say “Frau Holle schüttelt ihre Betten aus” or Frau Holle is shaking out her bedding”. I do not know about you but I am going to memorize that tidbit of information.

I absolutely love to learn as many of these little local idioms as possible, they make me feel more a part of the wonderful German life here in Schliersee. 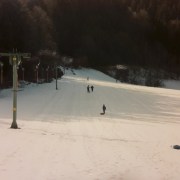 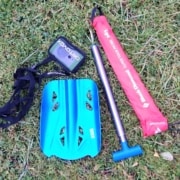 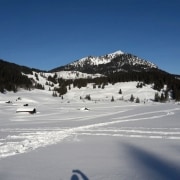