I met Hartl once more at his breathtaking lake side farm early in the morning while the dew was still glistening on the grass and the fog was beginning to lift revealing the mountains once more. After our long jeep ride up the mountain passing several groups of hikers heading up Bodenschneid in this perfect wandering weather.

We arrived at the Alm early that Sunday morning and Anna and the other Hirteren (herders), Sennerin and farmers were calmly preparing the cows for their festive procession down the mountain, through the town and back to the farm. It is rather amazing how calm the cows remain even once they have received their large ceremonial bells and the head pieces. The calmness is attributed to the care and calmness of the Sennerin and her many helpers. If the humans remain calm, the animals follow suit…for the most part. They are animals after all and can be very unpredictable. Like humans each animal has it’s own distinct character.

Looking timelessly beautiful in her Trachten (traditional clothing), hair braided in the traditional way and decorated with Edelweiss. It was very obvious Anna was leading this show and with pride, as she should be. Very few famers in our region had a successful season this summer due to extreme weather. Once all the selected cows received their decorations, and everything was put just right, Anna began to lead them home. Of course the cows had ideas of their own and ran in different directions but through the skill of Anna and her many helpers the cows were once again quickly organized and down the mountain, through the forest they went.

Their journey took the group along ancient wandering forest paths of which I can only imagine hundreds of years of farmers traveled before. For over two hours they negotiated these mountain paths cheered on by the many hikers and cyclists they passed until they reached the edge of Schliersee and we on the homestretch to the picturesque farm in Hausham.

Once everyone had entered the farm and the cows were brought once again into their lush green pastures the business of deftly removing the decorations began. They are removed quickly and with care even if the cows seem to have difficulty giving up the pretty decorations. Part of the history of Almabtrieb as being a way to give thanks for a successful season but also it is important to hang the decorated bushes, head pieces, on the outside of the stalls to continue to bring the herd good luck.

The Baurernhof or farmhouse was situated with the mountains in the distance and was truly spectacular. Hartl and I were given the great honor to join the family and all the helpers in a magnificent meal on the sun soaked terrace surrounded by the delicious scent of warm vine tomatoes ripening. For this time traveling wanderer it was a life long dream. 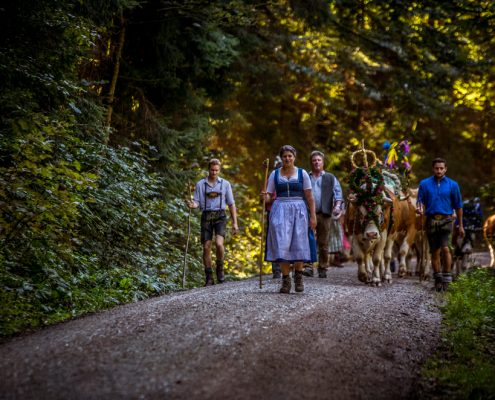 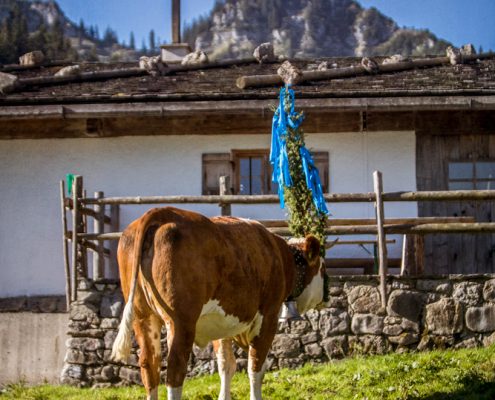 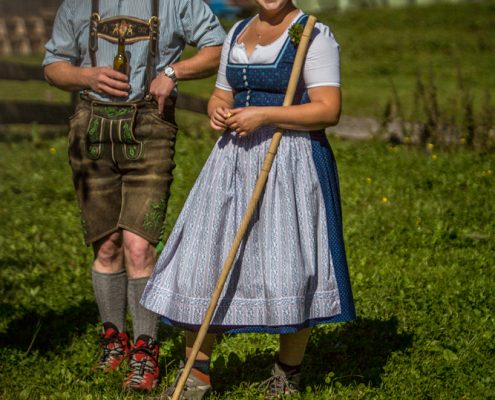 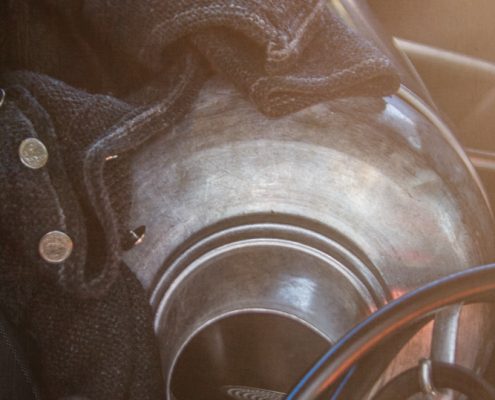 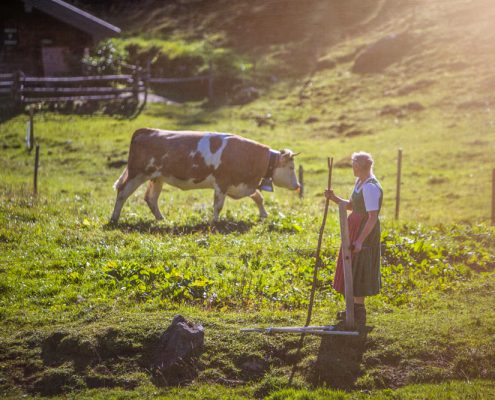 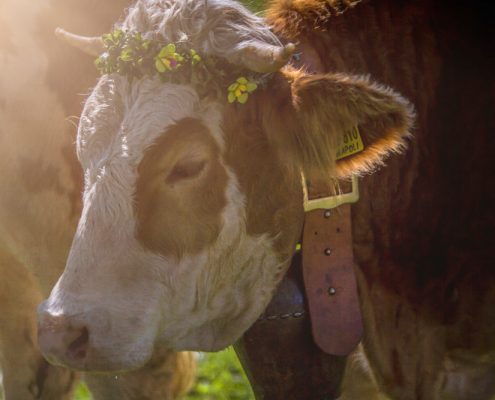 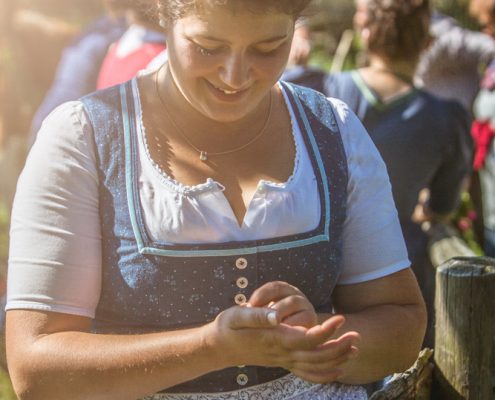 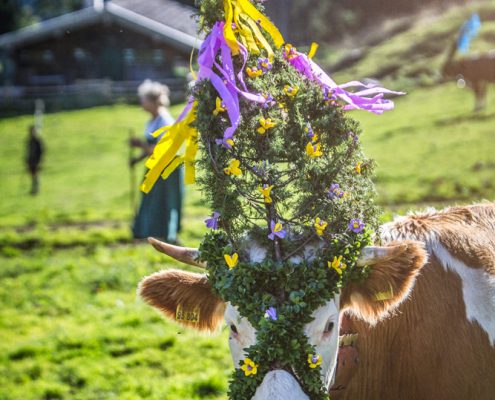 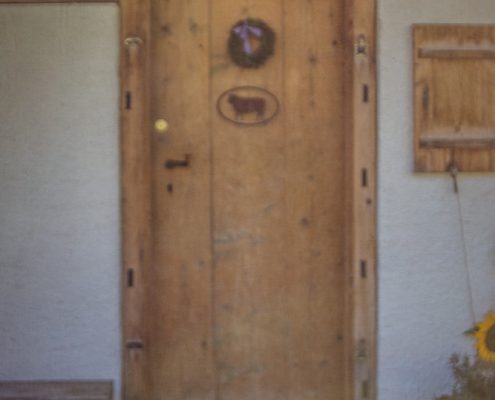 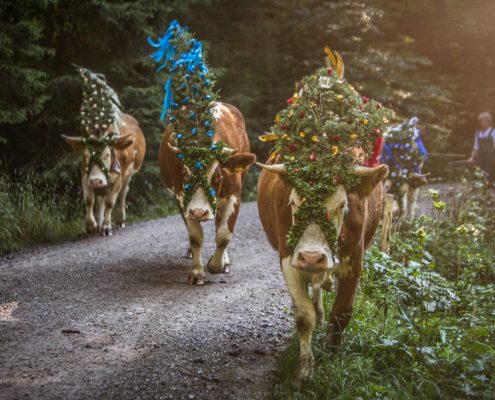 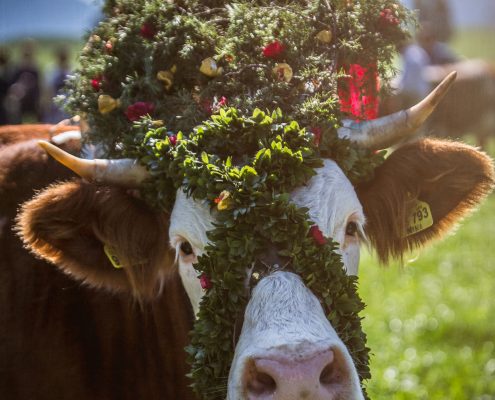 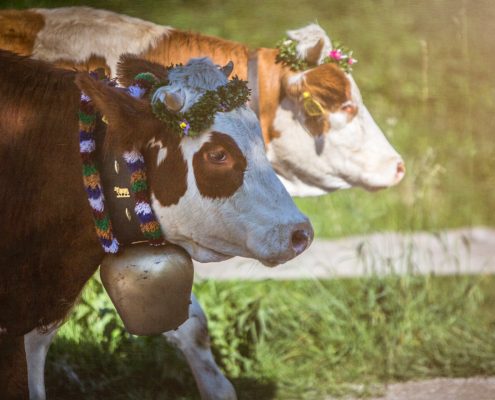 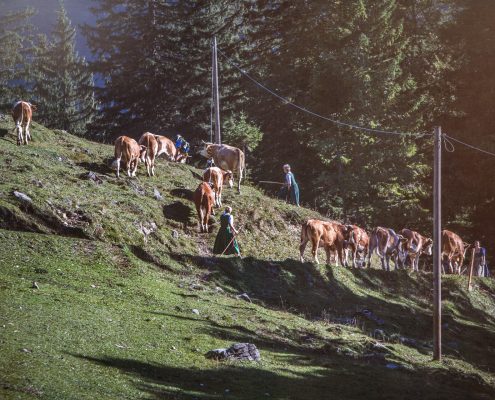 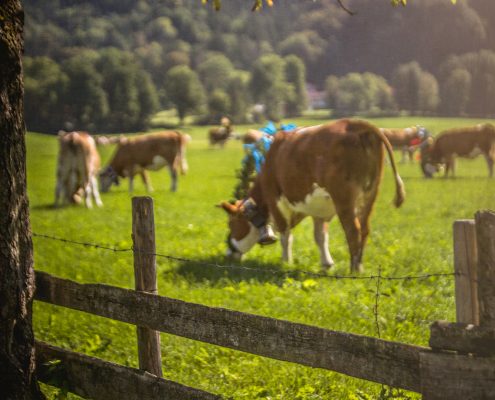 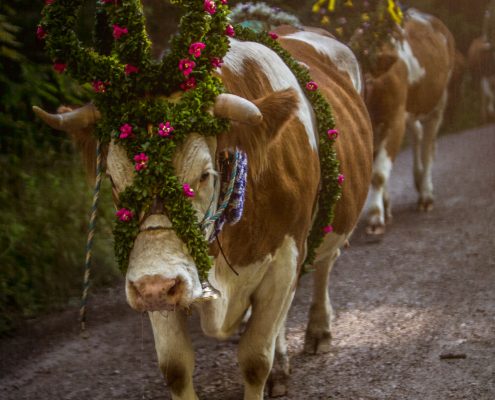 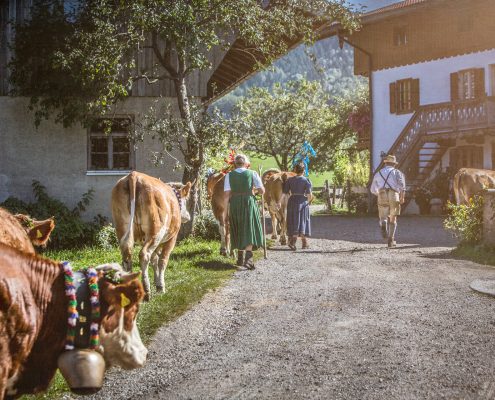 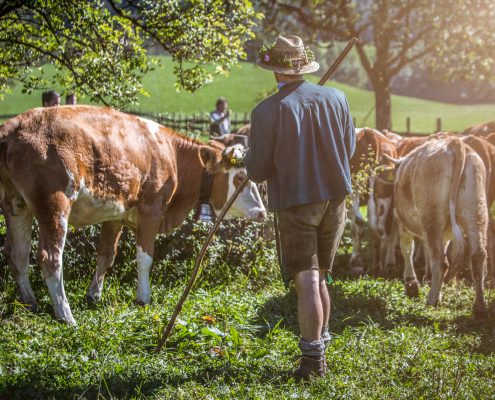 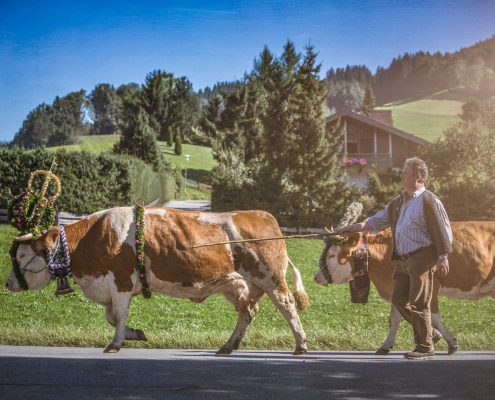 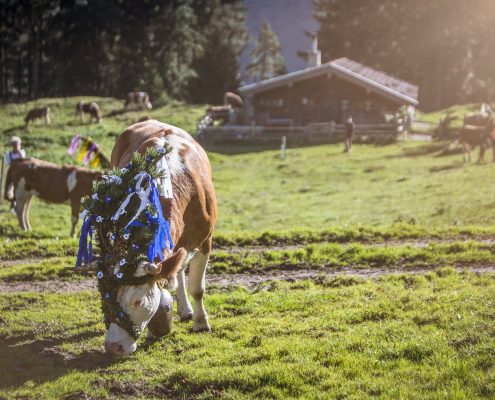 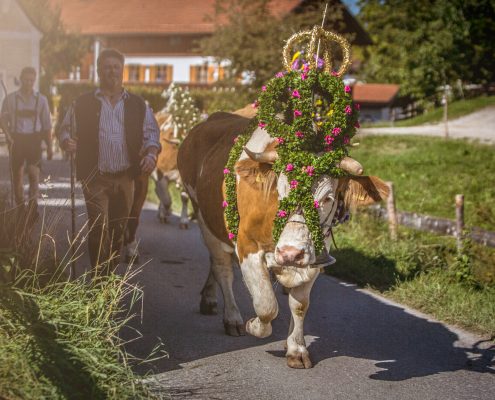 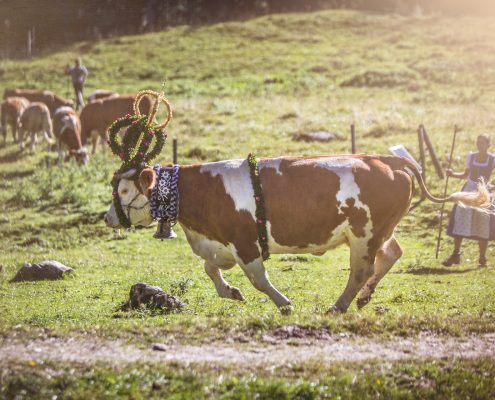 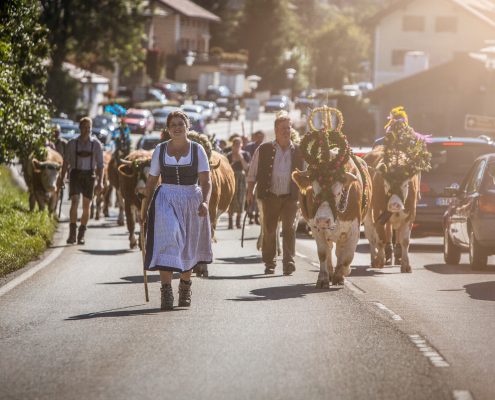 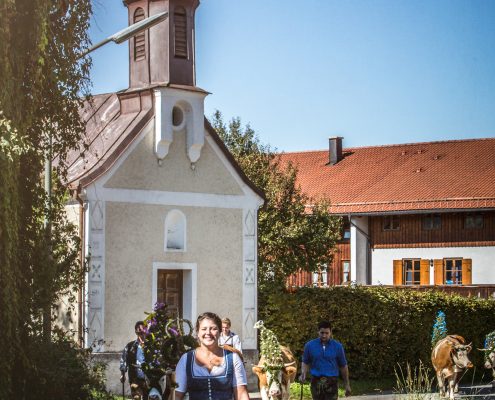 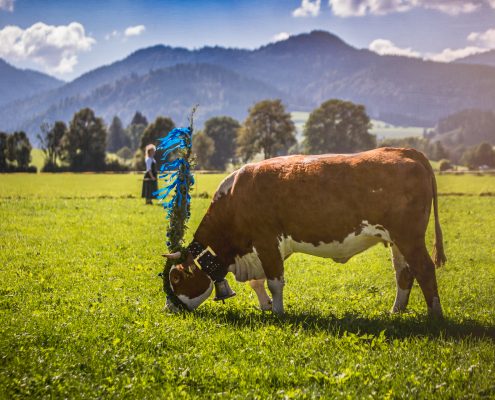 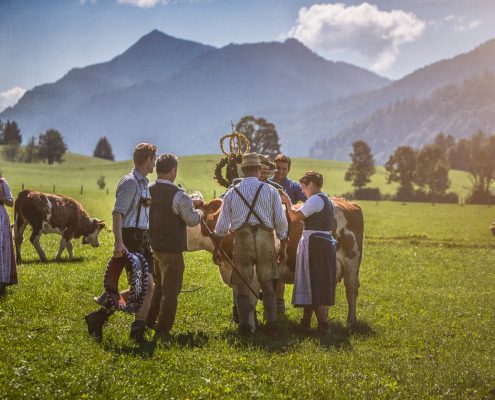 For a wonderful farm house vacation or amazing cabin in ski season:
http://anderlbauer.schliersee.de/unser_hof/unser_hof.php 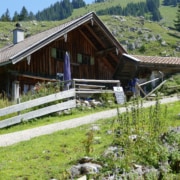 Almkirta in Schliersee, Nearer My God to Thee 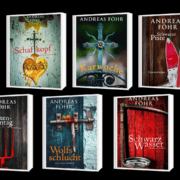 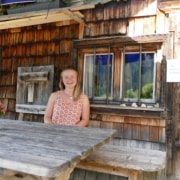