I have been chasing the tail of the elusive and ever busy Lüftlmaler, for over a year now. With so many historic homes and new buildings, his work load never seems to ease. Thankfully we were able to carve out a few hours to meet.

When you think of the typical picturesque Bavarian or Alpine village you can’t help but think of all the beautifully painted building facades that decorate houses. Having once been an art restorer in my former life myself as well as a decorative painter, I have an endless fascination and respect for this timeless art form.

Peter Wimmer, Schliersee’s most esteemed Lüftmaler is known far and wide for his skills. I had the greatest pleasure to have this short visit with him while he worked on a small project near his home in Schliersee. Bathed in sunlight, he was working high on a scaffolding when I first approached him. His warm and jovial energy is quite infectious and I immediately felt comfortable talking with him.

He explained that there had been some damage to the stucco of the side of this historic home so he was replicating the Florentine detail painting around the windows. This for him was a simple repair. I can only imagine the scale of many of his other structures in his work experiences. Oxblood and ochre were his color palate on the day. These tones brought be right back to my mind t a trip I took to Provence and the village of Roussillon. These ancient colors are of the earth and their influence reached all the way to this lakeside alpine village.

What is a Lüftlmaler you ask? Well, in Peter’s case, he is a Master of the handcrafted method of wall-painting that became popular in alpine villages in the 18 century. Its popularity grew in Italy and Southern Germany during the baroque period as a way of showing wealth. These opulent paintings featuring many times religious figures were painted using the fresco technique.

The Fresco technique is much like it sounds, you have to work on a “fresh” or wet plaster surface. In doing so the paint is absorbed and becomes permanently impregnated into the wall surface. I found an interesting bit of “his-story” that details how the term ‘Lüftlmalerei’ came to be. It states that “Franz Seraph Zwinck (1748-1792), probably the most well-known craftsman of his guild. The story goes that he lived in a house called ‘Zum Lüftl’ in Oberammergau (such house names can still be found there rather often) and because of his profession, was called ‘the Lüftlmaler’ (the ‘Lüftl’ painter). The name of the whole guild most probably developed from this name during the 19th century”. 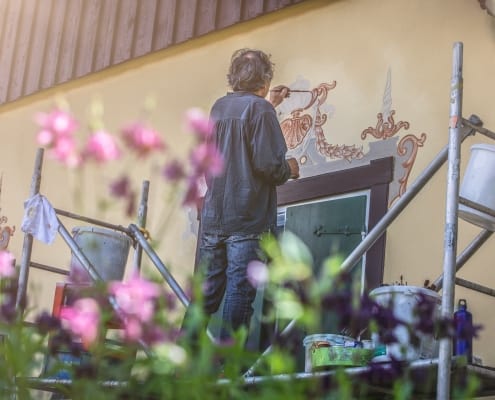 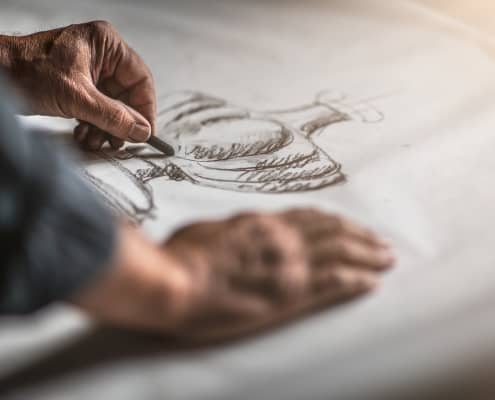 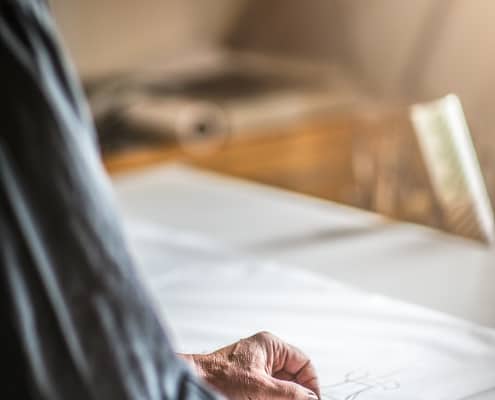 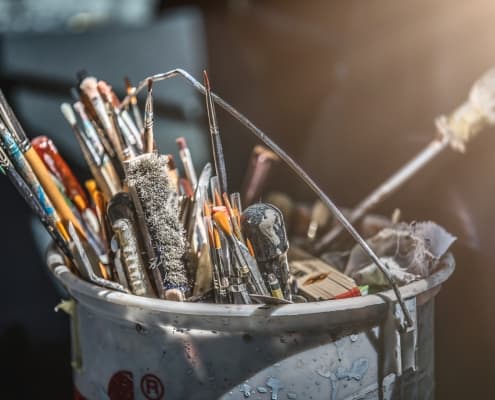 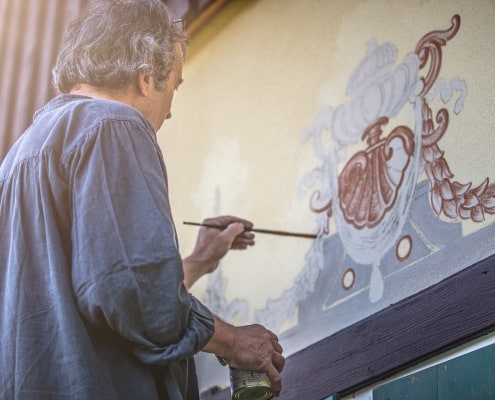 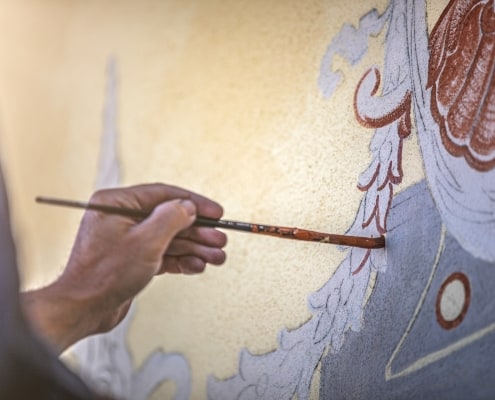 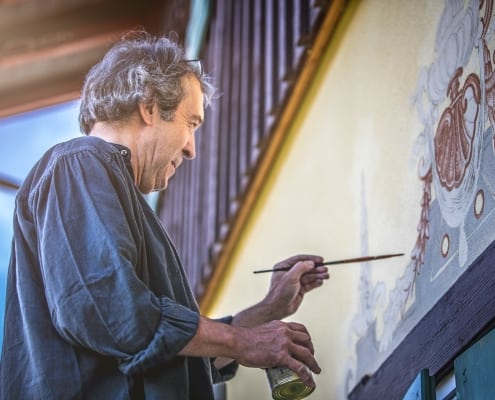 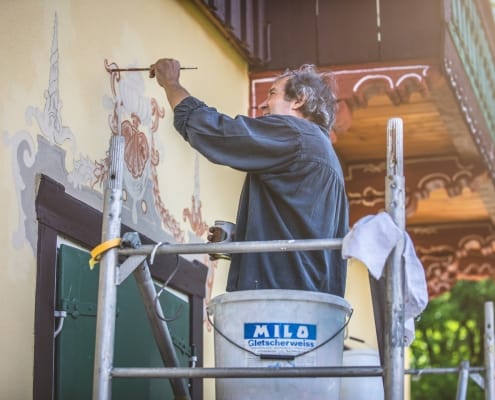 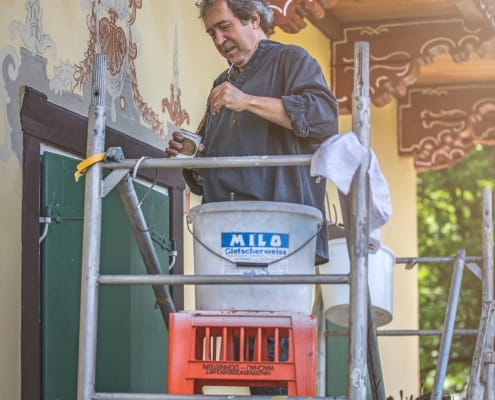 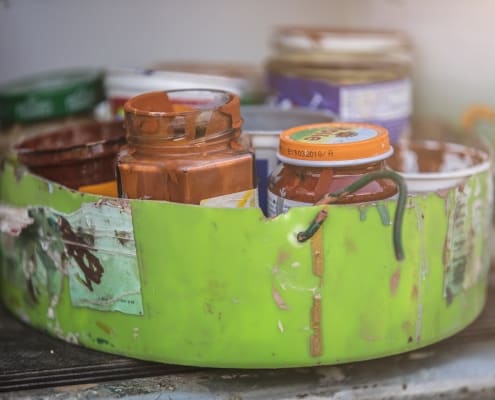 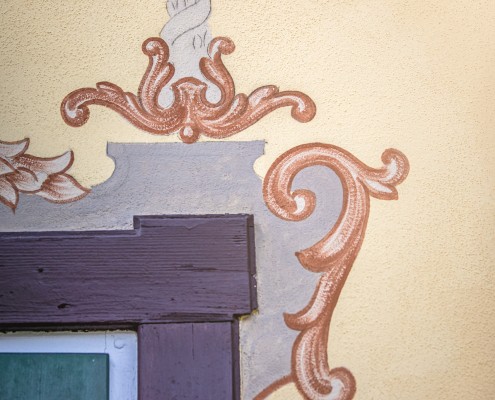 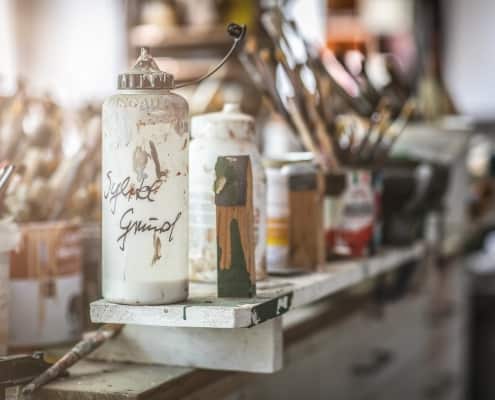 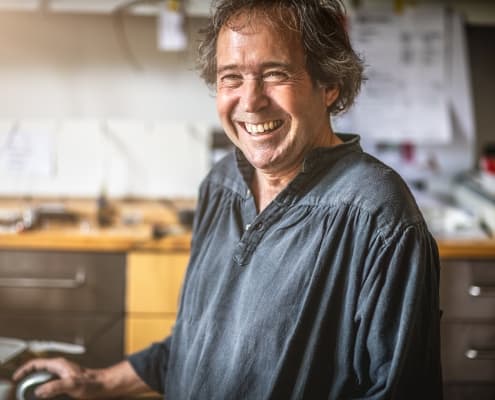 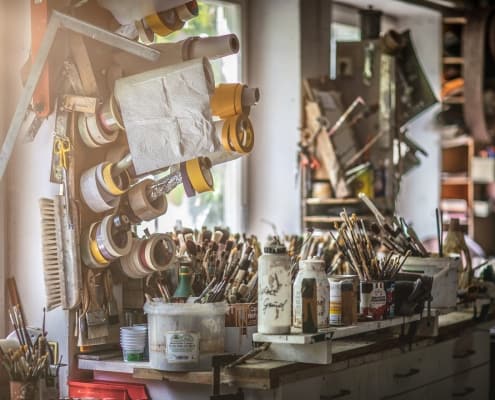 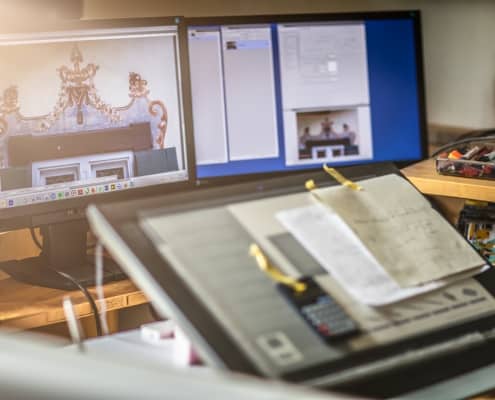 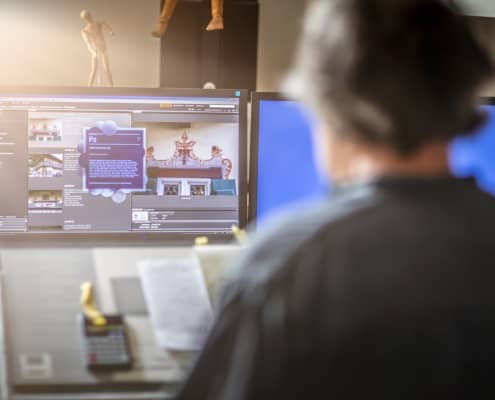 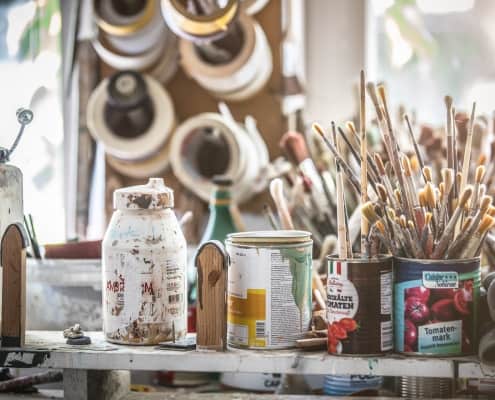 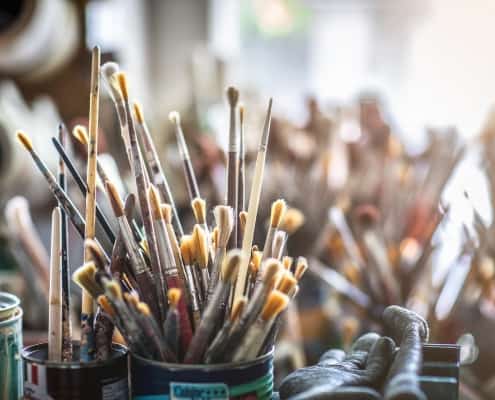 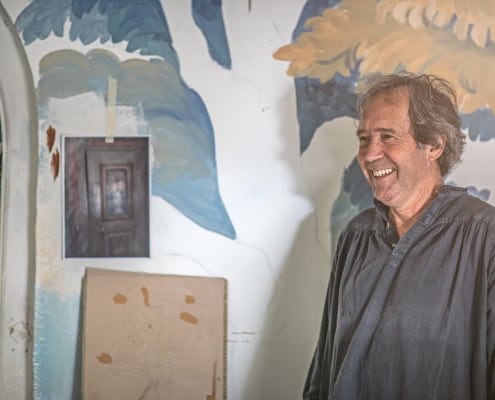 I hope you will take the time to look up Peter Wimmer and learn more about his magnificent talent.

The Secret Side of the Maypole Tradition 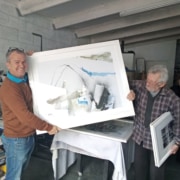